There once was a little girl

Who loved to give her hair a little twirl

Her parents were so loving and caring

She never ever heard them swearing

Her life was full of happiness

So, she had no excuse to show nastiness

Until one day, when it was dark and full of gloom,

And her house was no longer in a bloom

She was in a corner, rocking back and forth

Repeating the sentence, “He came from the north.”

Coming closer, looking into her eyes

Years went by and sadness took over

Majority of the time, she was either intoxicated or hungover

She sometimes reminisces about the happy times

The memories that happened before the death and the crimes

Since that day, she has been searching, going up north to find the killer

But doubt was always there, forcing her to drink, thinking it was a painkiller

When one day, she found him

The one that caused her to become so grim

She took out a hammer

Charged at him and knocked him over causing him to clamor

She slowly bashed his face into the ground, with him trying get away with a wiggle

She held him down tightly, killing him, and when his body went limp… she let out a small giggle 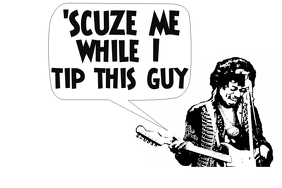 If you enjoy my writing and wish to support me you can tip me! DISCLAIMER: You do not need to tip for you to enjoy my writing. This is all voluntarily and much appreciated :)